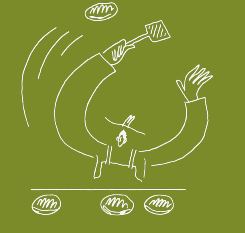 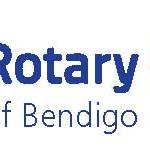 You might remember that in November 2019 Terry Jarvis and Michelle Kent put together an art exhibition in the iconic Bendigo Town Hall. The Rotary Club of Bendigo supported Terry and Michelle in this endeavor and all funds raised from the exhibition and sale of paintings were channeled via the Rotary Club ‘Life on the Land – Drought relief Appeal’ to drought-ravaged communities.

Thanks to Terry and Michelle’s hard work and enthusiasm, and with some kind donations by locals, this event raised $40,000 for distribution and after making the most of our Rotary networks we can report that these funds have been greatly appreciated by regional communities both locally and interstate.

For example the combined Rotary Clubs of Mildura-Millewa/Werrimul distributed $200 Woolworths food vouchers to farming families with the help of the Bendigo community. They also distributed hygiene products to school children at Werrimull School which included a voucher for new shoes.

Garry Kippell, the Assistant District Governor for Rotary in Sunraysia said, “We cannot express the appreciation for the farming families, but can assure you your support will be invaluable to them all.” On a more local note the East Loddon Foodshare Program team produced 217 grocery hampers with groceries purchased locally at the Lockington Foodworks, from funds provided by this project. These hampers were distributed to local CFA brigades and Salvos for distribution to families in need.

President of the East Loddon Foodshare program, Leanne Welsh, said “I really can’t thank you enough for your funding. It breaks my heart to see the devastation caused by this drought. I love that we can do something to help. Together, we can make a difference.”

The largest distribution of $20,000 went to the Rotary Club of Cobar and was used to fund a truck load of hay for distribution to farmers in this northern New South Wales area. With this funding the Rotary Club of Cobar was also able to secure further funds from Rotary Australia World Community Service (RAWCS) and a second truckload of hay was organised. The hay was sourced from the Radcliffe family at Kerang in Northern Victoria and with funds from another donor a third truck saw a convoy of ‘roadtrains’ arrive on site to relieve the strain on local communities and supply much needed fodder to drought ravaged farms.

Further funds have been distributed to CWA and Rotary in Southern NSW and a second round of funding to East Loddon Foodshare. Recognising the commitment of local groups that are in touch with their communities is paramount to getting the funds to where they make the most difference and we thank the CFA and CWA groups for their help. The Rotary Club of Bendigo acknowledges the work of Terry Jarvis and Michelle Kent in donating the funds from the sale of Terry’s paintings and appreciate some generous ‘one off’’ donations by locals. We can assure these very generous community members that their donations have been well received by people ravaged by a drought that, in some cases, is still causing severe hardship.

You have reached your limit of 5000 friends!

File size error: The file exceeds allowed the limit (954 MB) and can not be uploaded.

Unable to upload a file: This file type is not supported.

Listing events, creating or joining a Group is free, and only requires a login to manage it. Click below to create your free account.

Change your location and distance below to view relevant content

New to Common Times? Here's our Quick Start Guide to help you.

Common Times acknowledges the traditional owners, first storytellers and custodians of the land we live on. We pay our respects to the Aboriginal and Torres Strait Islander people and their ongoing connection to land, sea, and community. Their sovereignty was never ceded.